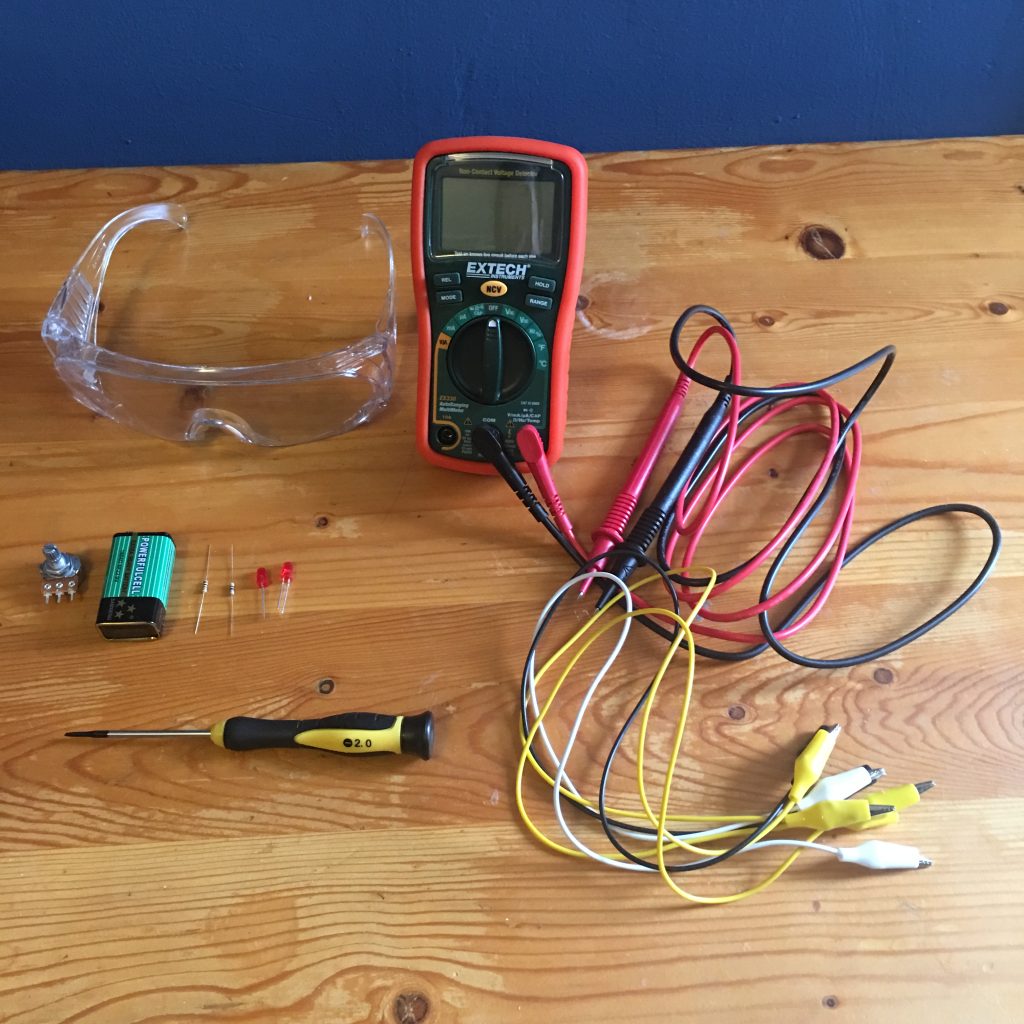 * Look Inside Your Potentiometer

Here are some photos from different angles of the potentiometer I used (before prying it open): 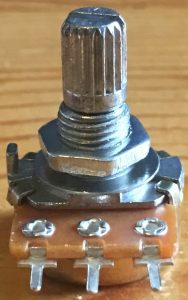 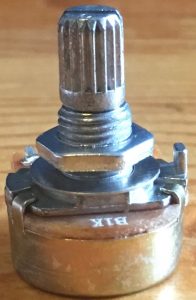 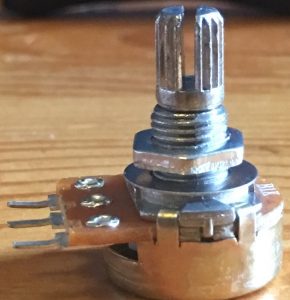 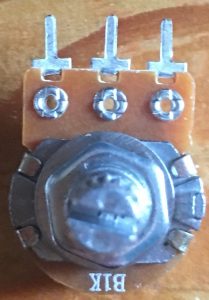 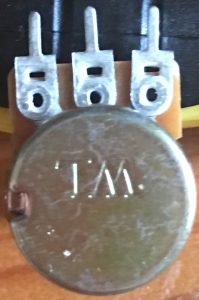 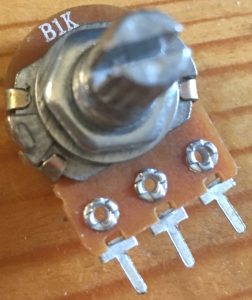 Time to open it up! 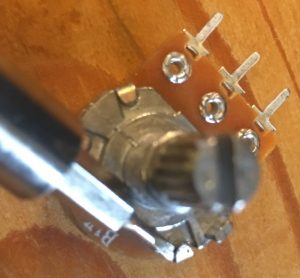 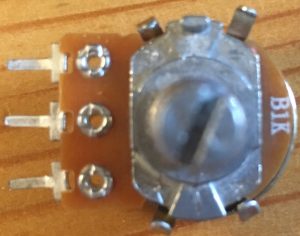 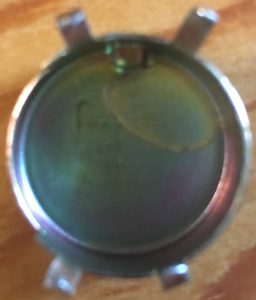 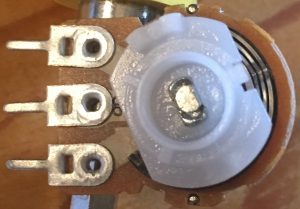 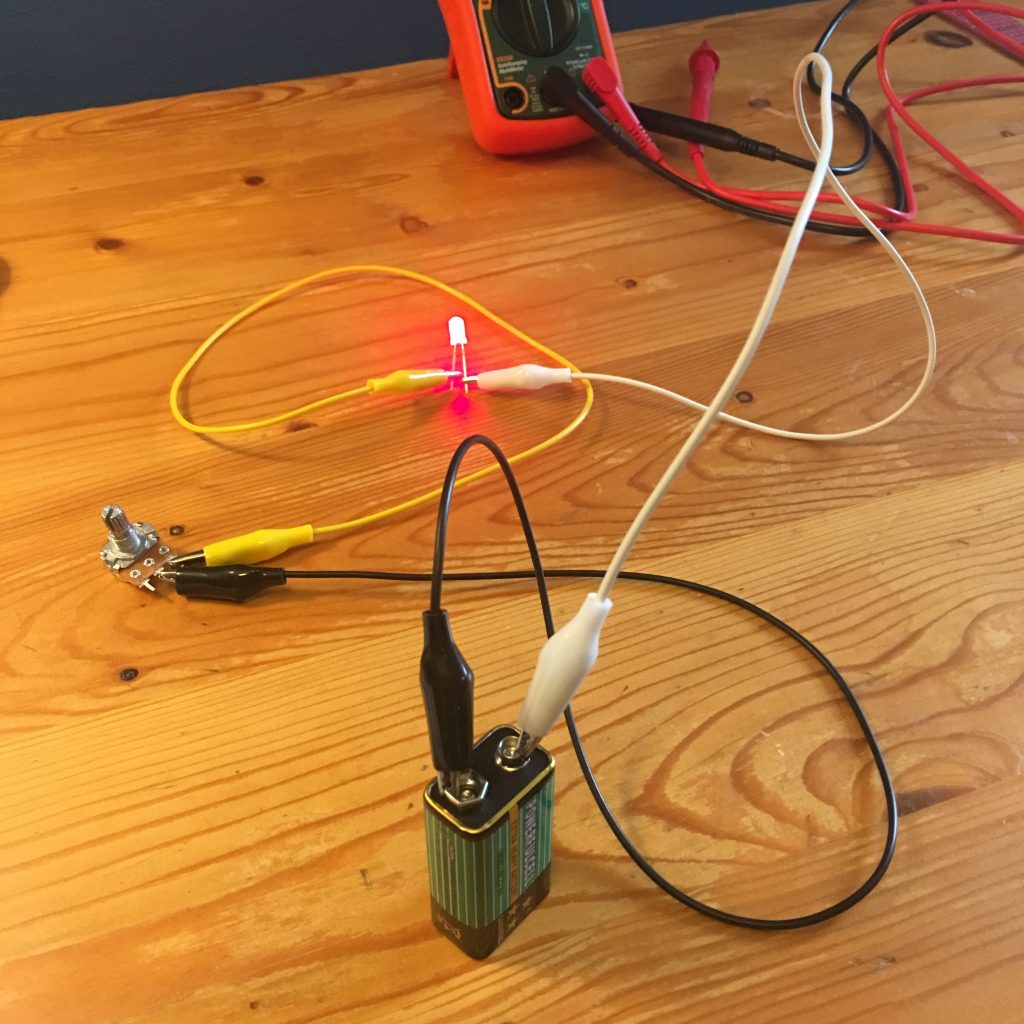 The LED that wouldn’t die

I did NOT manage to burn the LED. I even connected it directly to the 9V battery but it just refused to burn.

Still, it was fun to play with the potentiometer, turning the knob and watching the LED’s brightness change as less and more current goes through it. A potentiometer isn’t polar so the LED would light up no matter which test lead was connected to which of the potentiometer’s terminals. 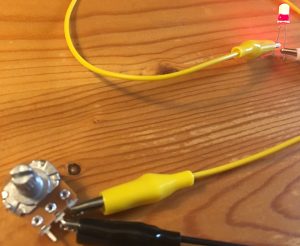 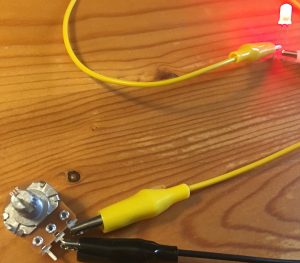 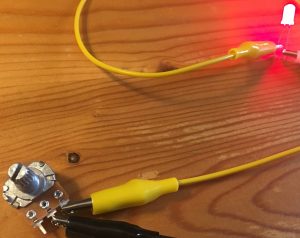 Center and Right terminals. As you turn the shaft clockwise, the LED shines brighter.

Center and Left terminals. As you turn the shaft counterclockwise, the LED shines brighter. 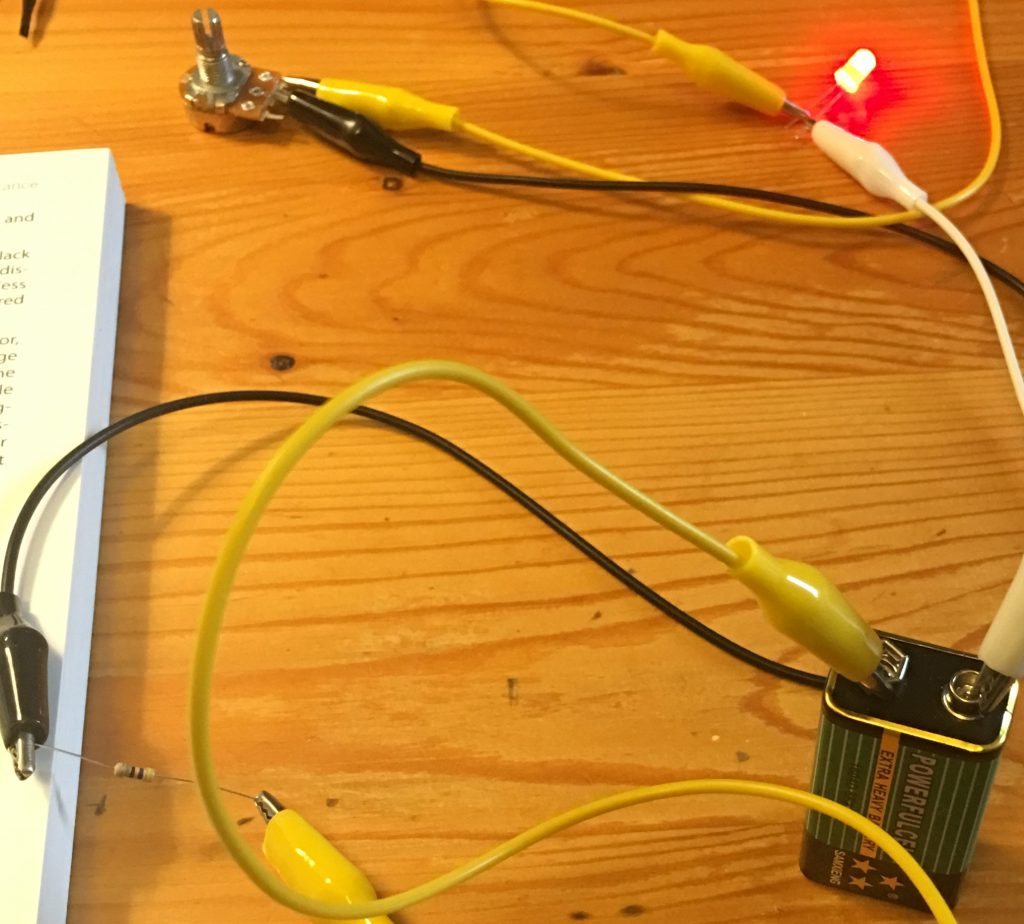 Protecting the LED with a resistor 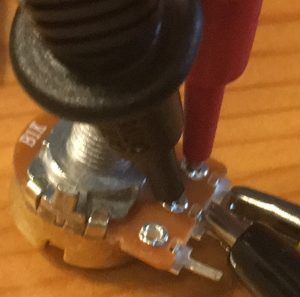 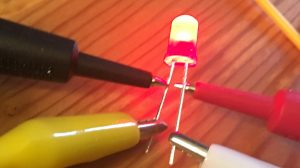 Measuring potential difference across an LED and a resistor 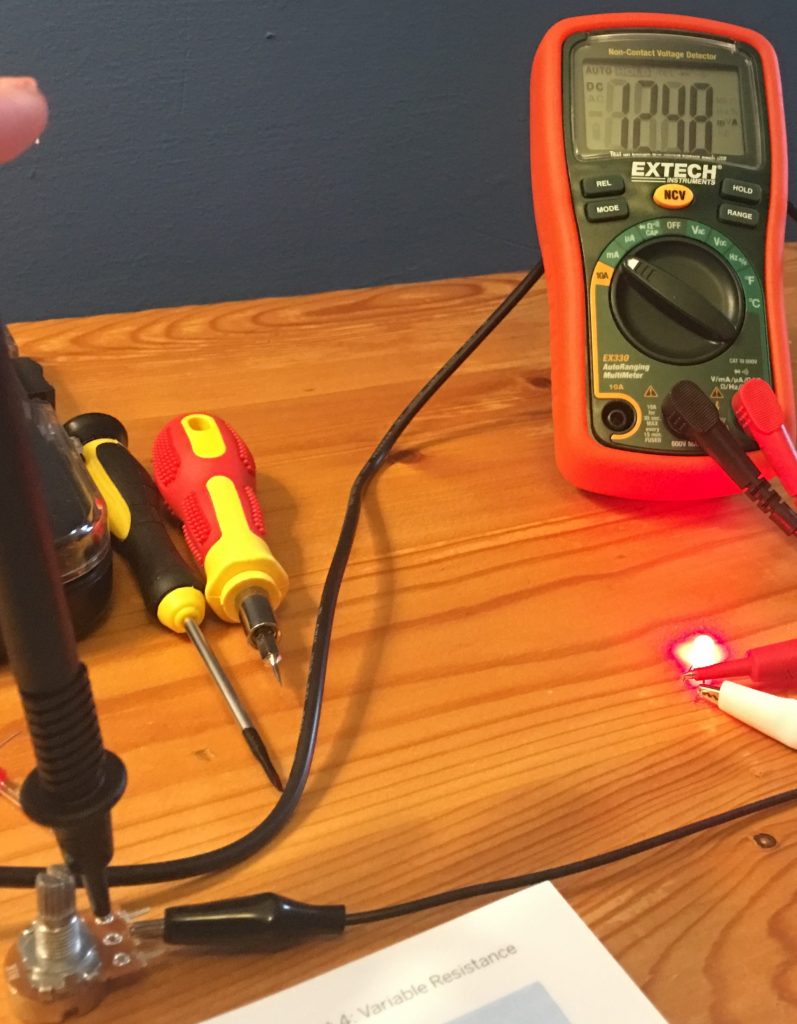 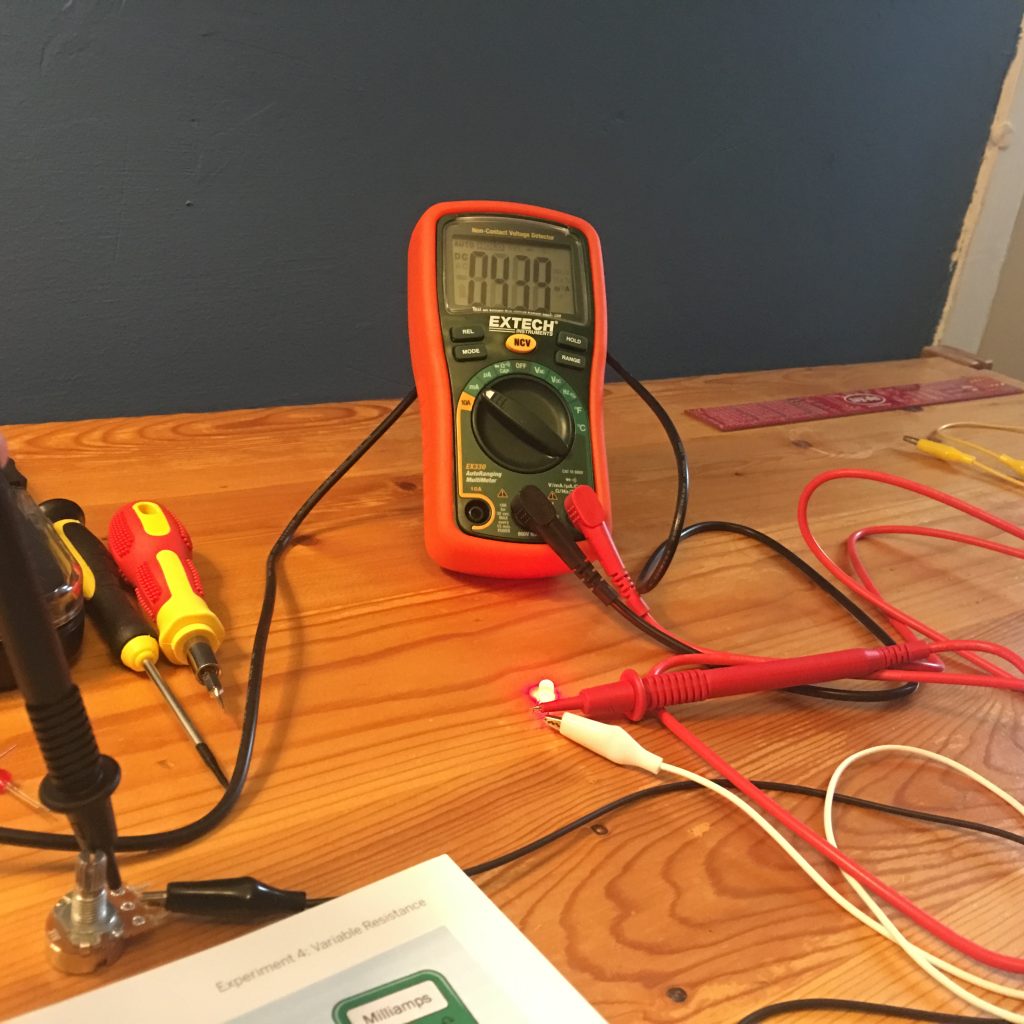 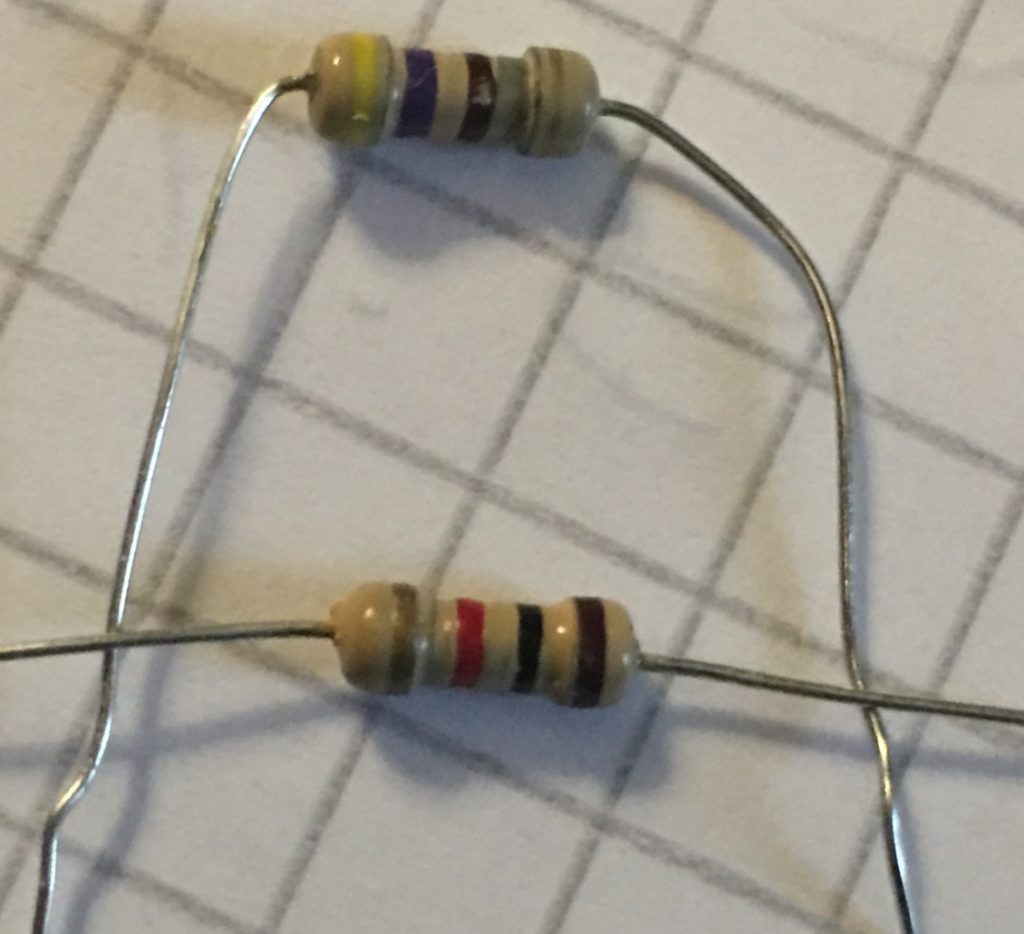 Of course, the measurements won’t always be what we expect, this due to the fact that each component has a tolerance range, so, for example, a 1K resistor with a 5% tolerance may offer a resistance that is 5% away from 1K. The reading my multimeter gave of the two resistors in parallel shown in the picture above was 318.8Ω.